The Wiesnkrug is here! And there is another!

Though everything is different in 2020, there is one constant - the presentation of the official Oktoberfest jug. At the beginning of September, the City of Munich jug was presented. You can buy it on the official oktoberfest.de online store. For more on why the Oktoberfest jug is available even without the Wiesn, and what the second one is all about, read here!

A special collector's item: The Wiesnkrug 2020

Usually the “jug show” holds on the first official date of the Wiesn, but not so this year! Due to the Corona pandemic, the Oktoberfest was cancelled. "Even if the Wiesn cannot take place this year, the collector's pitcher is a reminder of a memorable year and at the same time gives hope and anticipation for the next Oktoberfest", Wiesn boss, Clemens Baumgärtner, explained proudly at the presentation in early September. "There it is!" In a limited special edition, the pitcher has continued the series since 1978. This pleased the Wiesn boss, who himself is a passionate collector of Wiesn jugs. 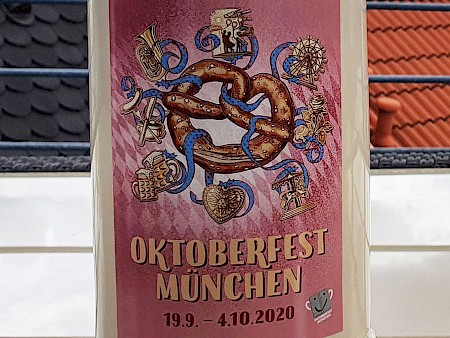 The pitcher was not presented in a big round shape as usual, but still with just as much enthusiasm. "What do you actually need for a real Oktoberfest?" asks Clemens Baumgärtner. Quite clearly: "You need a snack, a pretzel and beer! All these symbols can be found, among many others, in the nostalgic Wiesnplakat, which was presented after a competition in January. . This year's winner was the graphic designer, Ulrich Peter from Kaufbeuren with his pink-turquoise-golden design full of Oktoberfest symbols. This also now adorns the popular stoneware jug.

You can buy the 2020 Oktoberfest jug here!

Video: This is the official Oktoberfest Maßkrug 2020 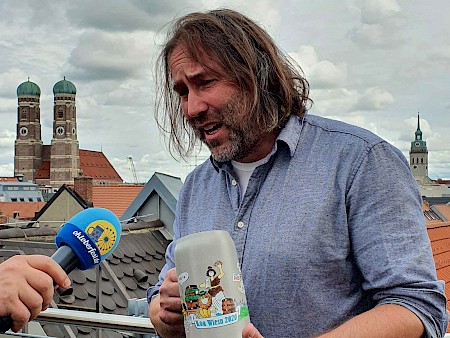 Special times require special actions! Therefore, in 2020 there will be a "Koa Wiesn" jug for the first time, which stands for "no Oktoberfest". The cancellation of the Wiesn gave singer-songwriter and Munich city councilman, Roland Hefter, the idea for an alternative Wiesn collector's jug. The Wiesn with its market traders and showmen is very dear to his heart, thus it was immediately clear to him that he would like to support them, because "they've been hit hard. Wiesn boss, Clemens Baumgärtner is also enthusiastic about the idea: "A special year, a special Wiesn", so a special jug was needed.