"Schichtl" and further jubilarians are honored

In the cosy Oktoberfest Café Schiebl on Tuesday, 1 October, eight Wiesn anniversaries were awarded, from Manfred Schauer alias "Schichtl" to the ancestor of the Wiesn inventor Dall'Armi. Together they can look back on an impressive 475 Oktoberfest years. 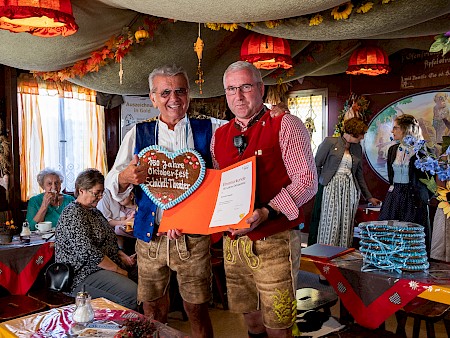 "Thank you very much!" Manfred Schauer commented on his award for 150 years of Wiesn tradition with his usual humour: "Stay as I am." He himself has "only" been responsible for the "Schichtl" since 1985, but the Varieté-Theater with its famous "daily beheadings" is celebrating its 150th birthday this year. Already on the first Oktoberfest Monday, the anniversary was duly celebrated at the "Schichtl". 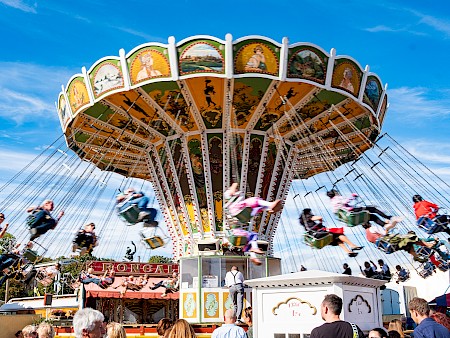 Martin Kalb and Kettenflieger Kalb were also awarded for a total of 150 years. Andre Listing, deputy head of the events department, stood in for Wiesn boss Clemens Baumgärtner, who was unable to attend due to another appointment. The Kettenflieger Kalb has existed at the Oktoberfest since 1919 - making it the oldest ride on the Wiesn. Martin Kalb has been there for half a century. At the age of 16, the son of the Kalb couple became a foreman before being adopted by Anna Kalb. Meanwhile he is a father himself - and his son Josef is ready to continue the Kettenflieger-Wiesntradition.

On the Oktoberfest since 1950

Barbara Mayer has also been at the Wiesn for 50 years with her heart stand. "50 years have passed as quickly as the fire brigade," says the sprightly 84-year-old. However, she had her first Wiesn experience decades earlier when Barbara Meyer helped out a friend at a heart stand. The Oktoberfest expert is particularly proud of her red Munich chocolate hearts, which are lovingly decorated by her son and daughter-in-law.

The Pölzl family also celebrated the 50th birthday of the Oktoberfest. Ramona Pölzl-Rosenhammer, the third generation of the family, has been running the sausage roasting house for over 10 years. Today the former delicatessen stand is a modern company with over 30 employees. Succession has also been taken care of, as the 17-year-old daughter is already trying her hand at the business. The mother is happy about this: "We have it in our blood!"

Another jubilarian is even a direct descendant of the man who invented the Wiesn: Andreas von Dall'Armi had the idea in 1810 to organize a horse race for the wedding of Crown Prince Ludwig and Princess Therese. The Oktoberfest was born! His descendant, Stephan von Dall'Armi, with his tobacco stand, has been part of the Wiesn inventory for 25 years, as have Angelika and Charles Porth. Since 1994 the couple has been selling self-designed snack boards and "Glupperl", clothespins with creative lettering.
Klaus Feldmeier has also been ensuring clean streets on every Oktoberfest morning for 25 years. His working day begins at 2 a.m., when many a Oktoberfest visitor is not even at home. 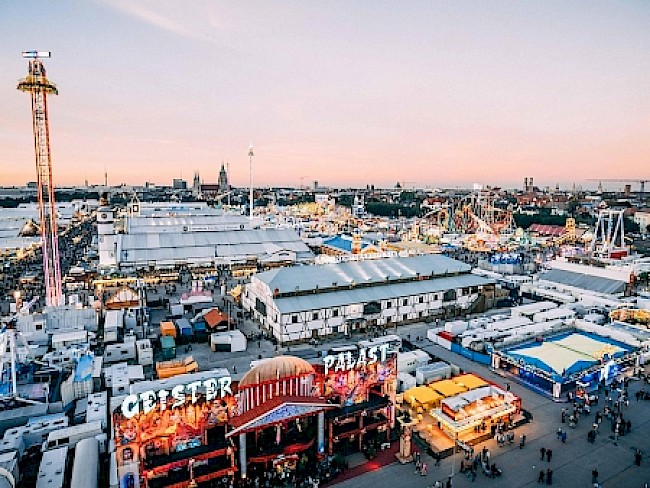