The festival area is open

Visitors run on to the Theresienwiese

The festival area is finally open for visitors! And of course thousands and thousands of Oktoberfest fans ran onto the Theresienwiese to grab one of the coveted places in the tent.

Video: The Oktoberfest-Fans run onto the Theresienwiese

After a construction period of about 70 days the time has finally come: Shortly after 9 o'clock the entrances of the 186th Oktoberfest opened and thousands and thousands of Fans ran onto the festival grounds. Already in the morning long queues formed at the entrances and the anticipation in fantastic weather was almost tangible for all waiting people.

Ryan and his friends, for example, who came from London especially for the Oktoberfest, were right at the front: "Our favourite tent is the hacker and of course we want to get a place here" they say laughing.

Officially the Oktoberfest is opened however at noon, when mayor Dieter Reiter taps 12 o'clock in the Schottenhamel the first barrel.

Gallery: Waiting und running on the first Day of the Oktoberfest 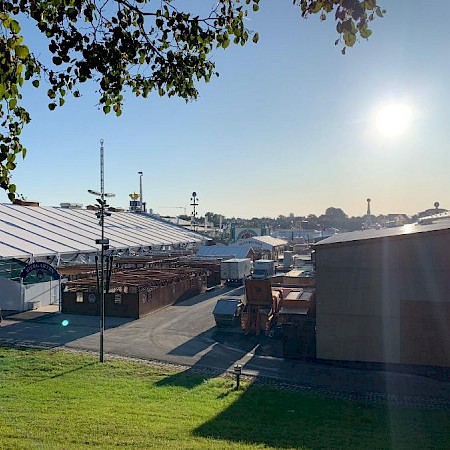 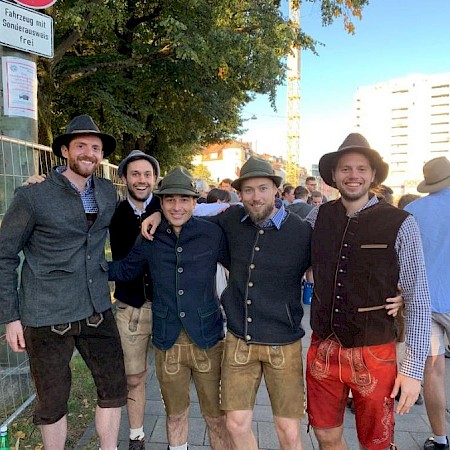 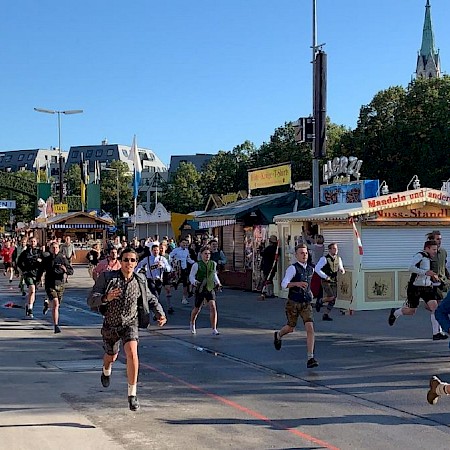