Pausing together at the traditional Oktoberfest church service

A moment of pause in the hustle and bustle of the Oktoberfest: hundreds of locals and official guests came together in the Marstall festival tent to celebrate the traditional ecumenical Oktoberfest service together. Before the public mass, three children from showmen and host families were baptized... 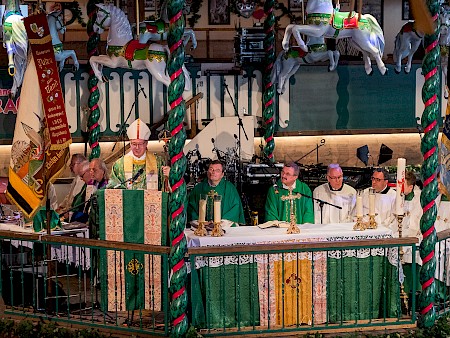 With a lively brass band and the prelude from "Praise the Lord" by James Curnow the festive Pontifical Mass started with the Munich Auxiliary Bishop Rupert Graf zu Stolberg-Stolberg. For the Wiesn divine service, which traditionally always takes place on the first Thursday, he had even come one day earlier from the Bishops' Conference. He was visibly pleased that so many believers had found their way to the Marstall festival tent to celebrate in a different way. "It impresses me that also in the nearby church of St. Paul during the Oktoberfest many people come to silence.

Praying for a peaceful Oktoberfest

In his sermon, he encouraged people to cultivate stable coexistence, especially in times of instability. And he explained: "Celebrating the Oktoberfest and the longing for stability are not contradictions. And so I hope that in 200 years we will still be able to celebrate a peaceful, happy Oktoberfest." He then invited the crowd to commemorate the deceased and thanked the people who shaped the Oktoberfest behind the scenes. 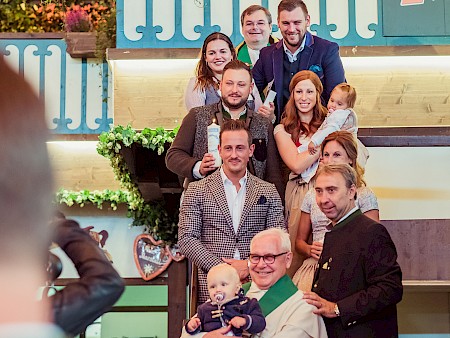 Two of the baptized, among others the daughter of Werner Hochreiter (on the right) • Photo: Anette Göttlicher

Before the church service three children of showmen and tent landlords were baptised: This year the grandparents of Leo Kratsch (10 months) and Karl Heino Kinzler (9 months) run "Kinzler's Pirate Island", a new attraction on the Oktoberfest, which was also baptized afterwards. And also tent landlord Werner Hochreiter from the small tent "Zur Bratwurst" had his little Ella (1 year) christened.

Catholic and Protestant church representatives of the fairground pastoral care lead the fair in the Marstall together. The beloved tradition of the memorial service has existed for decades. Until 2013 the Hippodrom tent was the ancestral place, 2014 the Fischer-Vroni and since 2015 the mass is celebrated in the Marstall-Festzelt. 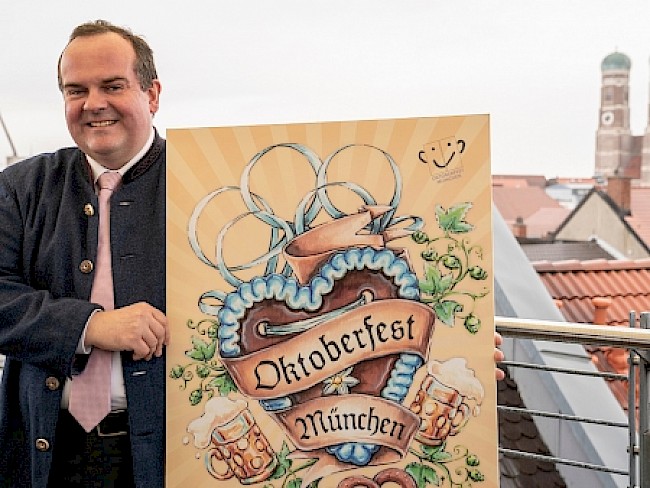