The rides from Oktoberfest: Where to find them in Munich

Take a spin on the Ferris wheel and admire the city from above, let the wind and the smell of roasted almonds blow around your nose on the chain carousel and scream while on a roller coaster ride: Though all these treats are not possible at the Theresienwiese in 2020, you can still enjoy them at other places in Munich! We know where! 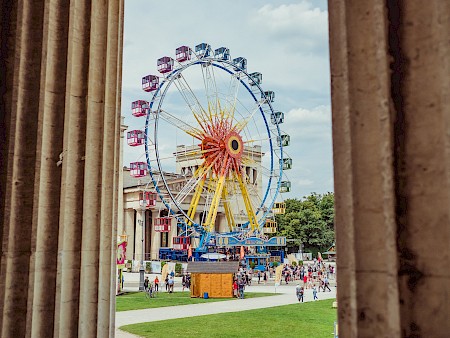 One of three Ferris wheels at Königsplatz • Photo: Anette Göttlicher

For connoisseurs: The Willenborg ferris wheel at the "Summer in the city"

The 45 meter high Willenborg ferris wheel at Königsplatz is so brand new that Munich's Mayor Dieter Reiter inaugurated it with a watering can and Munich rainwater at the start of the "Summer in the City" event on July 24, 2020. You can ride it until Sunday, October 4 (which would have been the last day of the Oktoberfest 2020). Note: You don't have to queue as long as you used to, at the Oktoberfest.

Don't forget your cell phone or camera. The Ferris wheel is as popular with photographers as the one usually at Theresienwiese - and probably the most popular motif of the "Summer in the city". It also looks great, as it stands right in the middle in front of the Propylaeum and dips it into changing colors from dusk onwards. More beautiful and so far unique is the view from above, over the "Kunstareal" (art quarter) with its famous museums and Munich's city center.

A second Willenborg Ferris wheel is located in front of the Olympic Stadium on Coubertinplatz.

Video: Enjoy a ride on Willenborg's Ferris wheel at Königsplatz 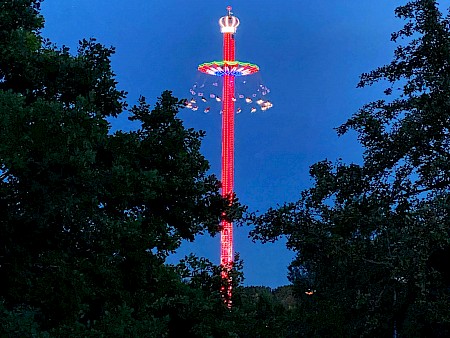 Those who prefer the thrill of Oktoberfest to a relaxed view can experience it despite the 2020 Wiesn cancellation in Munich. The "largest maypole in the world", the Bayern Tower (which premiered at the Oktoberfest in 2019) is located in Olympia Park, the festival grounds. At 90 meters of height, it's hard to miss. Here you have both the thrill (which comes more from the airy height than from the speed) and a magnificent view over the city of Munich.

Just a few meters apart is the roller coaster "Heidi The Coaster", which was also one of the Oktobefest's novelties in 2019. By the way, Heidi comments on your ride, and a souvenir photo is also available.

On the other side of the city, roller coaster fans can find the "Wild Mouse" (Wilde Maus) from the Wiesn. It looks like a children's ride at first glance, but is actually quite wild. If you want to go on a ride and scream your head off, visit the Werksviertel at Ostbahnhof. At the "Trachtival", there's plenty of Oktoberfest atmosphere.

Gallery: Wiesn rides at Summer in the City 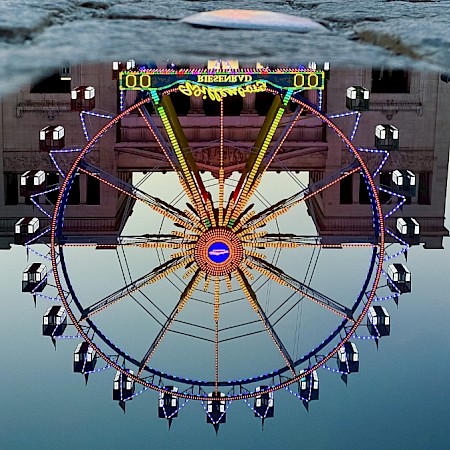 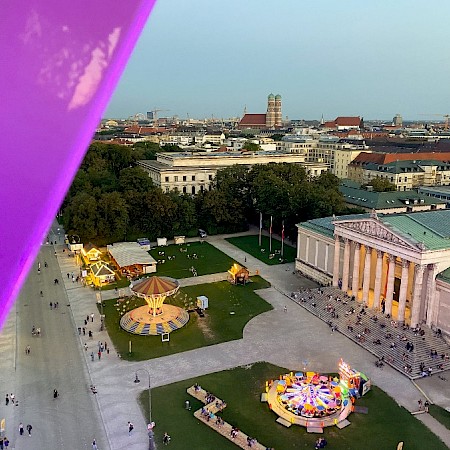 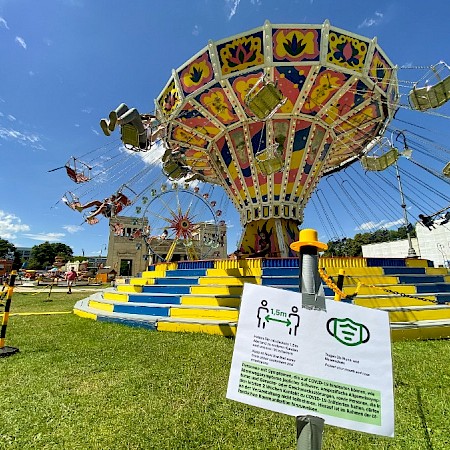 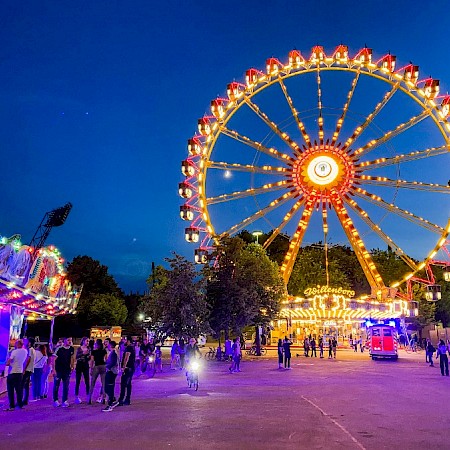 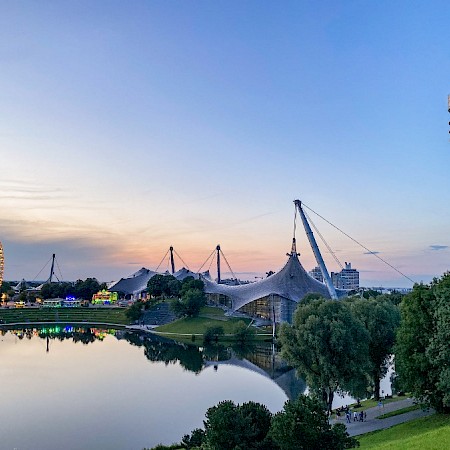 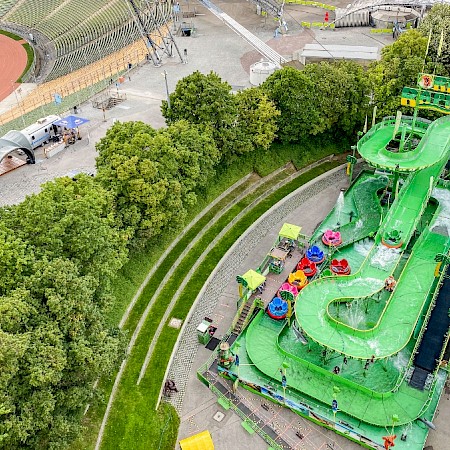 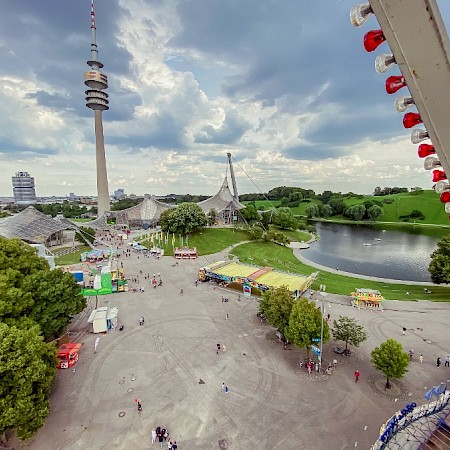 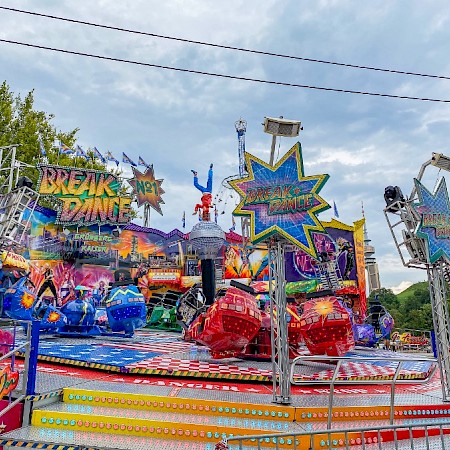 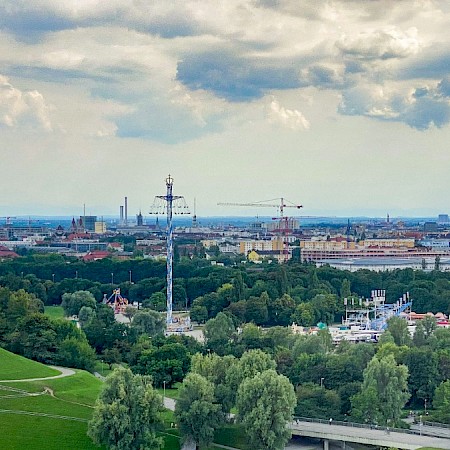 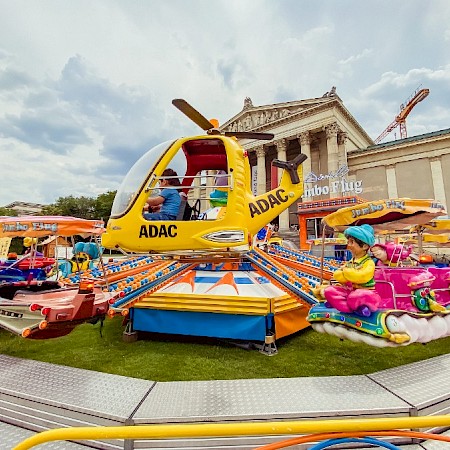 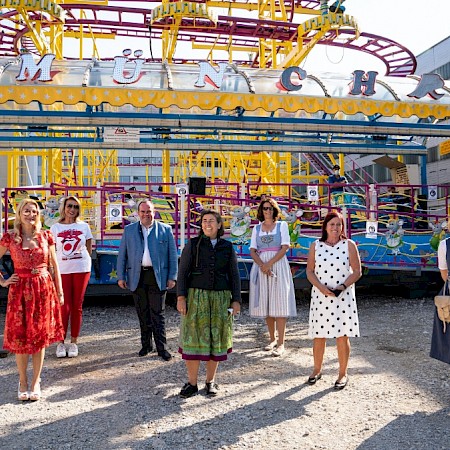 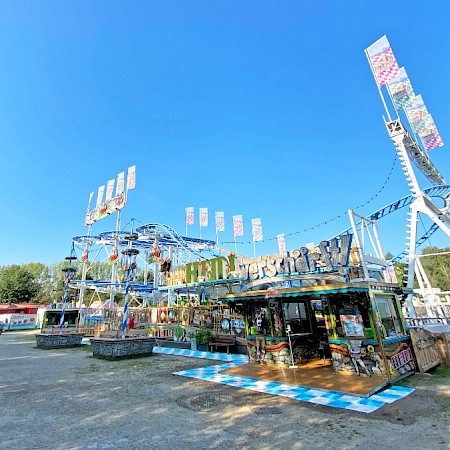 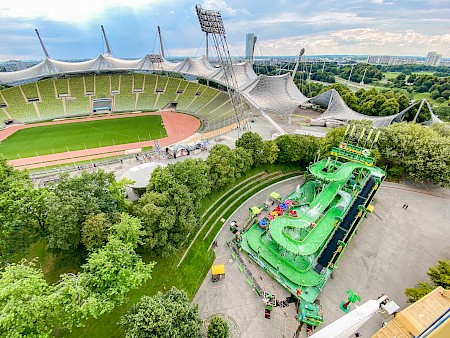 Not only us adults miss the Oktoberfest, but also children - and of course mainly because of the rides. Those who want to experience a little Oktoberfest fun with the family should check out the refreshing Rio Rapidos, the white-water ride, directly under the Ferris wheel and next to the Olympic stadium.

At Coubertinplatz, there is a rather quiet classic, but still fun, especially for the little ones - duck fishing, down the hill at the Olympic swimming pool. There is also the Jumanji adventure maze, and at the festival railing, the Lach- and Freu-Haus, alongside a children's carousel.

A historic chain carousel will be making its rounds in the Werksviertel at Ostbahnhof, as part of the "Trachtival" festival. Another one can be found at Königsplatz, along with a roller coaster for the little ones, Kinzler's Pirate Island (also one of the novelties at the last Oktoberfest, and first tested by the Lord Mayor and the Wiesn boss himself in 2019). Not forgetting, the jumbo flight!

Generally, the rides for children can be found at "Summer in the City" (all information available at muenchen.de) in Olympic Park at Coubertinplatz, on the festival grounds, Königsplatz and the factory district - until October 4, 2020.

Let's go to the Schichtl! Plenty of Oktoberfest nostalgia

What's a visit to the Wiesn without stopping by the Schichtl? The funny, scary theater of illusions became 150 years old with the daily "Enthauptung" ("Beheading") in 2019. "Der Schichtl" a.k.a Manfred Schauer has also been at the Oktoberfest for 35 years - A real original! His slogan "Auf geht's beim Schichtl!" (loosely translated as "Let's go to the Schichtl") is legendary.

2020 is a break also for him - but if you miss him very much, you can watch a documentary. It's about the most important person at the Schichtl next to Schauer - the executioner. In 2019, journalist Michael Praetorius made a report about his uncle, Ringo Praetorius, who has operated the guillotine countless times over the past 35 years. A video full of interesting insights and with a lot of Oktoberfest love!

Here you can watch the video: