Hacker-Pschorr has found a successor

Peter Reichert to be new landlord of the Bräurosl tent

The Hacker-Pschorr brewery has found a new landlord for the Bräurosl tent. Following the withdrawal of the Heide family, Peter Reichert is now to take charge of the popular Wiesn tent. He is already known at the Oktoberfest as the landlord of another tent.

The Heide family gave up the Bräurosl after almost 90 years

It was indeed a crucial break in the Oktoberfest tradition when the Heide family announced this summer that they wanted to give up the Bräurosl tent. The family had been running the tent since 1936, most recently in the fourth generation. With an in-house yodeler, distinctive maypoles in front of the door, almost 8,400 seats and, last but not least, many regular guests, the Bräurosl is one of the most popular and largest festival tents at the Wiesn. No easy task for a successor, then. 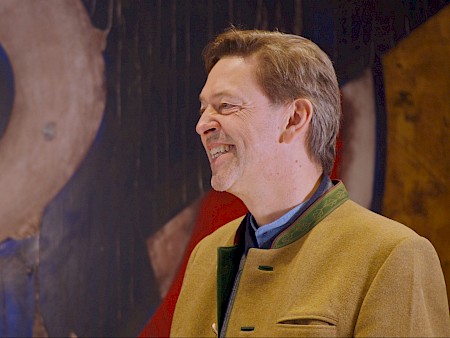 Peter Reichert is the designated new landlord of the Bräurosl tent • Photo: Hacker-Pschorr

But Peter Reichert has the confidence to take on this task. The Hacker-Pschorr brewery has now confirmed that it will be applying to the city of Munich for the next Oktoberfest with him as Bräurosl host. And not only that. The traditional restaurant Donisl on Marienplatz will also be managed by Reichert in the future.

Andreas Steinfatt, Managing Director of Hacker-Pschorr, explains the decision as follows: "Peter Reichert convinced us for the 'Donisl', which is a heartfelt project not only of the brewery but also of the entire Schörghuber Group and the owner family, with his genuinely Munich pub concept. That is exactly what we want for it. In the discussions it then became clear that this would also be suitable for the 'Bräurosl'. And that's how we came to this decision. We are going into the application with Peter Reichert."

If the measures to contain the Corona pandemic allow it, the Donisl should open in mid-March or early April with a new tenant. 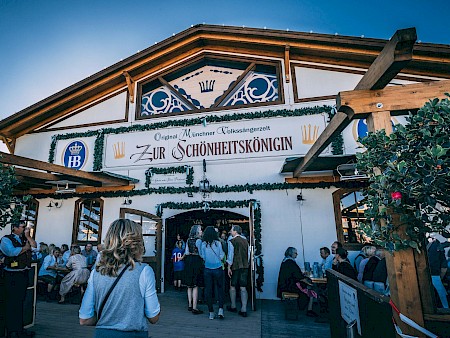 From the "Schönheitskönigin" tent to the Bräurosl: Reichert has Oktoberfest experience

Peter Reichert is well known at the Oktoberfest as the host of the folk singers' tent "Zur Schönheitskönigin" at the Oidn Wiesn. Together with Jürgen Kirner from the Couplet-AG, he puts on a great program there year after year, offering pub musicians, folk singers and cabaret artists a stage at the world's biggest folk festival. Reichert, who also runs the Seehof in Herrsching on the shore of lake Ammersee, wants to implement the concept similarly at the Donisl in the future. At his presentation, Reichert did not reveal whether the program of the Bräurosl tent or even its appearance will change.