Lederhosen: From church scandal to must-have

A short history of lederhosen

Jeans have a history and shorts have a history. But never has the history of trousers been so fascinating as that of lederhosen. Taboo, well-loved, forbidden, and on-trend. Lederhosen have seen many changes over the years. Reason enough to warrant a short trip down memory lane.

There are no limits to what we can protest for or against. For Joseph Vogl, it was pants made of loden fabric in 1883. These pants went so much against the grain of this herder and his band of brothers that they asked a dressmaker to make shorter leather pants which were much more appealing to them. As there were only six men in the group and they wanted to promote the importance of their cause, they set up an association there and then: the first traditional costume club.

Vogl and his friends were not prepared to let ‘vanities’, as was the case with prevailing etiquette at the time, deter them from their fashion mission. They were so committed to their cause that they didn’t shy away from wearing lederhosen to church. The same sentiments were clearly not echoed back. The local community ridiculed and scorned the six activists, and the church also took an immediate view against what it considered to be wholly unsuitable pants. But sometimes just a single fan is enough, if it’s the right one. In this case, it was none other than King Ludwig II. The enthusiastic traditional costume aficionado was so impressed with the idea of lederhosen that he even mentioned them favorably in a dedicated letter. 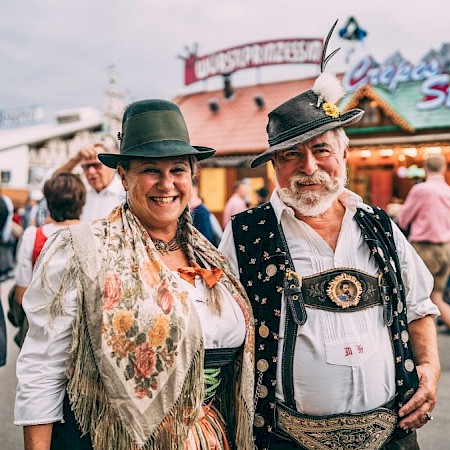 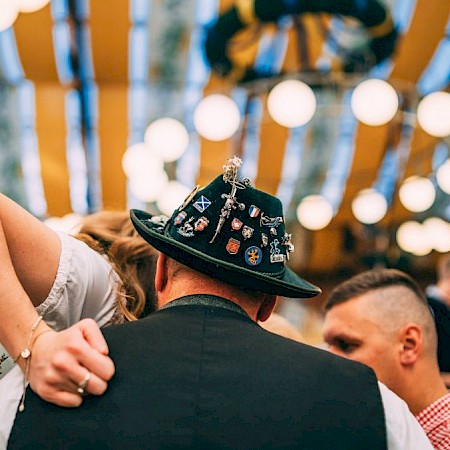 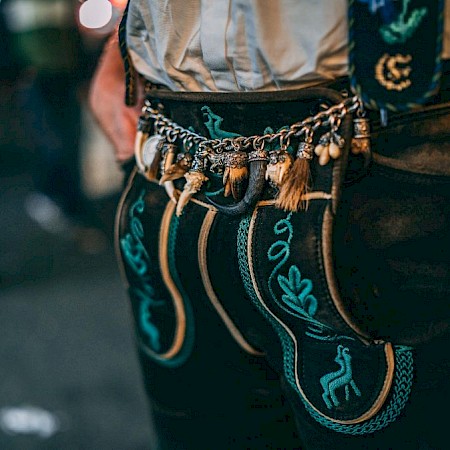 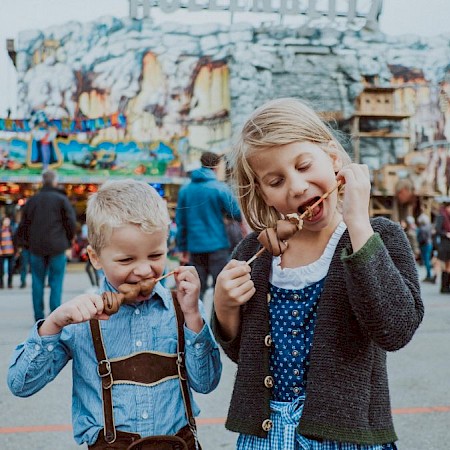 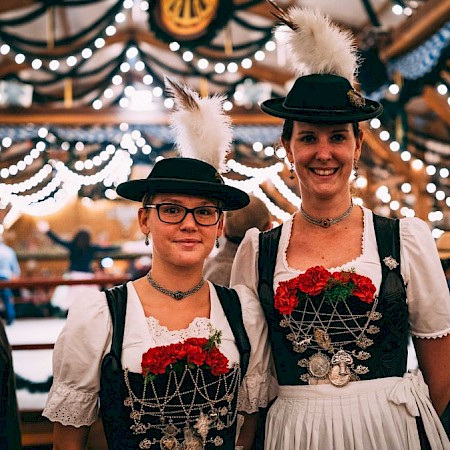 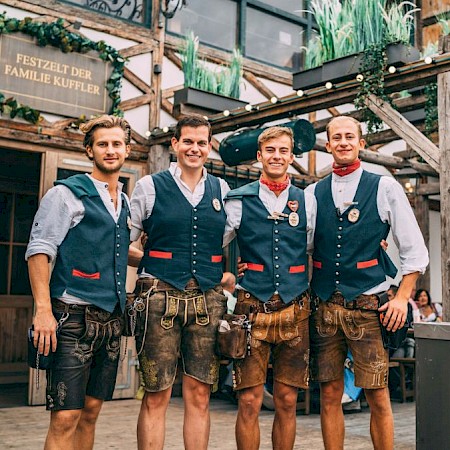 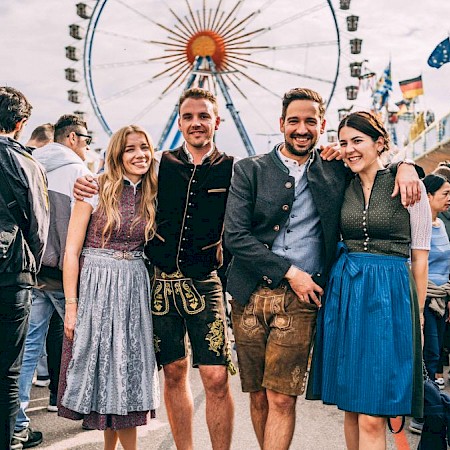 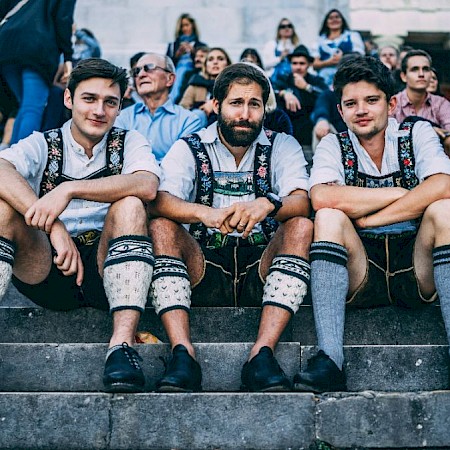 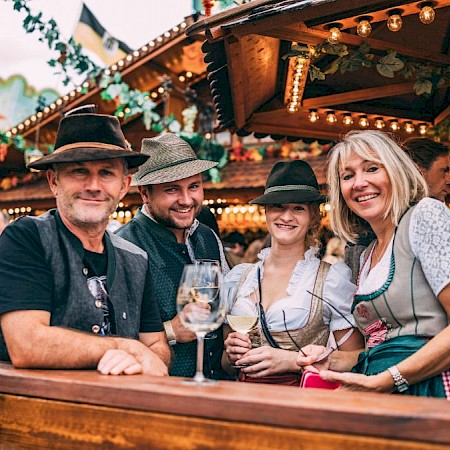 Other royal houses caught King Ludwig’s enthusiasm for the former work trousers of farmers, raftsmen and Alpine herders, and rediscovered lederhosen for themselves. Suddenly, Duke Max, the father of Empress Elisabeth, Prince Luitpold, and several other members of the Habsburg and Wittelsbach families also proudly posed in leather shorts while hunting. And that’s how it goes with trends: all of a sudden, they take hold. Summer visitors who came to lederhosen regions to relax also wore the pants during the boom era, as did the country’s intellectual elite, who could suddenly be spotted wearing lederhosen again. And just like that, lederhosen were no longer considered backwards, rather they were being held in high esteem. Suspenders were decorated with edelweiss and gentian, and pants were adorned with oak and vine leaves. The saddle, i.e. the reverse of the pants, was often embroidered with proverbs or an image of Ludwig II.

Each pair of lederhosen is unique: The difference is in the length

But it’s not only the design that makes lederhosen so extraordinarily diverse, the difference is also in the length. The first pair of lederhosen, even worn by Ötzi the world-famous ice mummy himself, was long. With the arrival of britches in the 17th century, there was less material to play with and sculpted men’s calves were on display. The outfits for mountain hunters and dairy farmers were even shorter to give ample leg room. Boot lederhosen have a different cut. They have extra narrow pant legs that are tied at the ankles. And then there are pants with special effects. ‘Plattler’ pants reach just below the knee, and their cut and design serve only one purpose: They are designed to make a louder noise when hit with the hand during the traditional ‘Schuhplatteln’ dance. 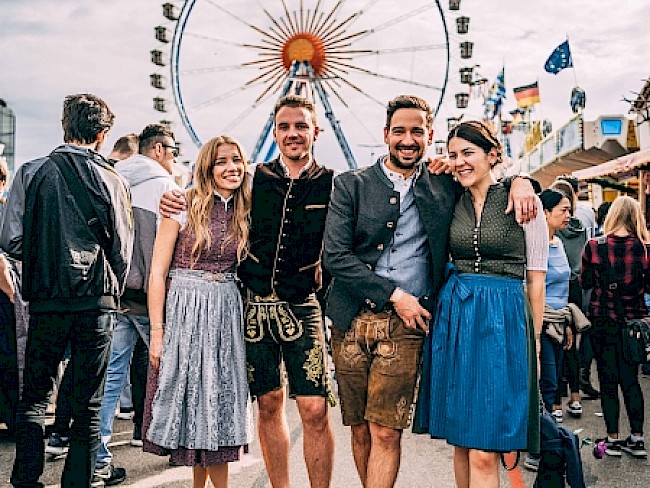 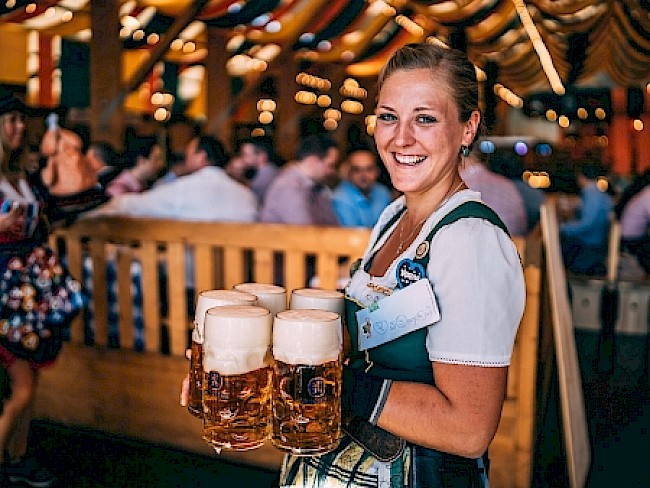 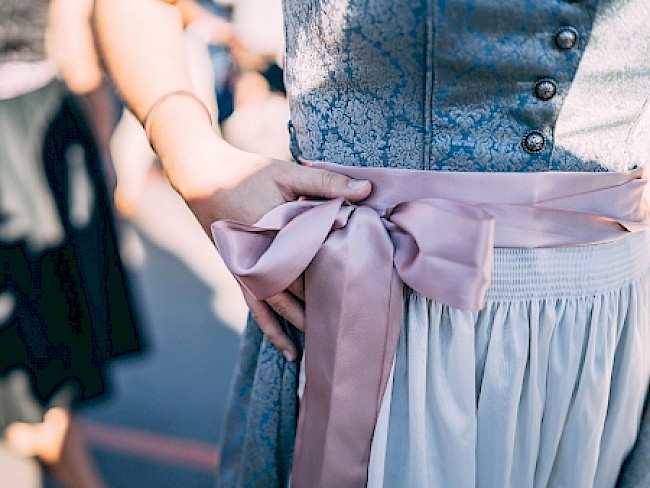