The party really gets going in the Hofbräu-Festzelt

The party really gets going in the Hofbräu-Festzelt

In the second largest Oktoberfest tent, the whole world celebrates under the merciful eyes of the angel Aloisius - who watches over the goings-on as a larger-than-life figure

What’s special: the standing area under lots of hop vines

The Hofbräu festival tent is the second largest festival hall at the Wiesn and the only tent with an area directly in front of the music podium where you are allowed to stand (and dance). It offers space for roughly 10,000 Oktoberfest visitors. For them and all other guests, several wreaths made of 12 hundredweight hop vines from the Holledau region are placed under the roof every year. The angel Aloisius - known from the satire “Ein Münchner im Himmel” (A Munich Man in Heaven) by Ludwig Thoma - is having enjoying himself between the wonderful hops. Angel Aloisius in the Hofbräuhaus is deep in his cups, instead of fulfilling his mission to deliver divine advice to the Bavarian state government.

The famous Staatliche Hofbräuhaus has only been represented by a festival tent on the Wiesn for a surprisingly short time, namely since 1952. The Steinberg family’s tent in the Vienna Woods was a success from the very beginning. The Hofbräu-Festzelt is especially popular with international Wiesn visitors due to its world-famous headquarters in downtown Munich. Many come from the English-speaking world: Englishmen, Australians, and New Zealanders. No one sits at tables in the pubs of their homelands, and in the Hofbräu tent they even wanted to dance on the tables. Quite dangerous, and against the rules as well. To keep the guests happy, the decision was made to set up a standing area. No other tent at Oktoberfest offers this to this day.

The audience: the world meets in the Hofbräu tent

The Hofbräu-Festzelt is a Bavarian tent with an international flair. The standing area provides space for almost 10,000 Oktoberfest visitors. The audience and the atmosphere are both very international. The world meets here. But real Bavarians also appreciate the unique party atmosphere - and this was able to be received from home via the Munich station Radio Energy in 2022. 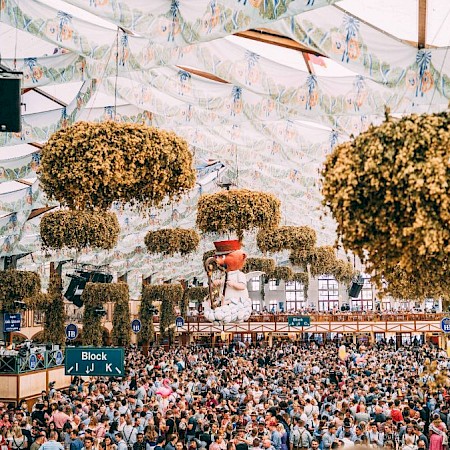 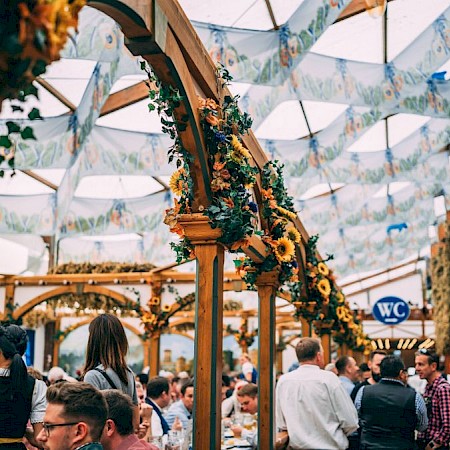 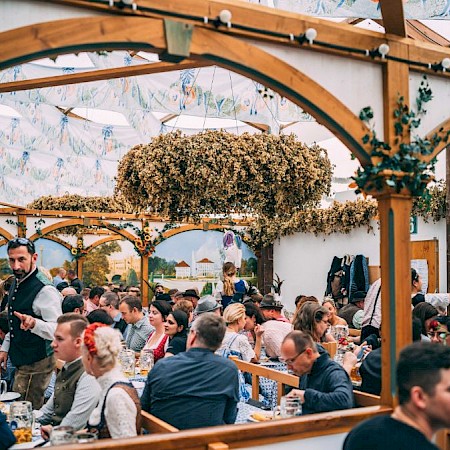 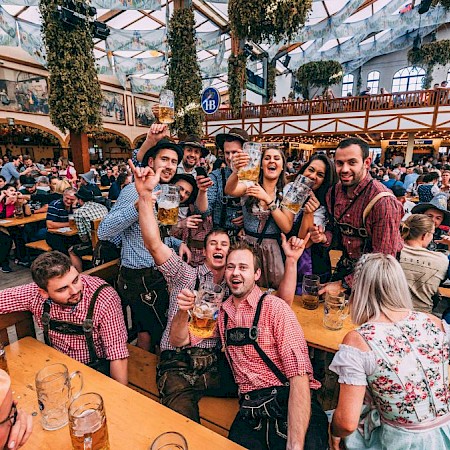 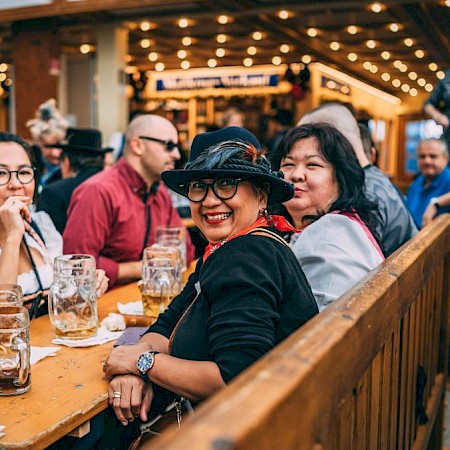 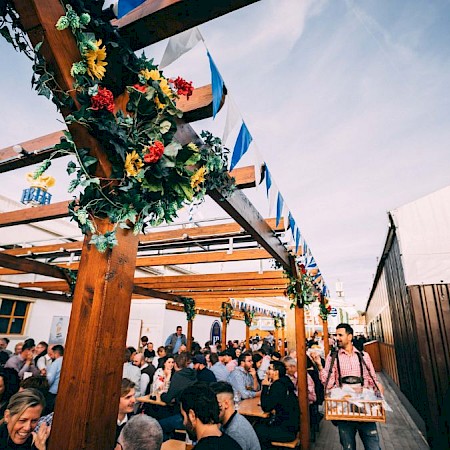 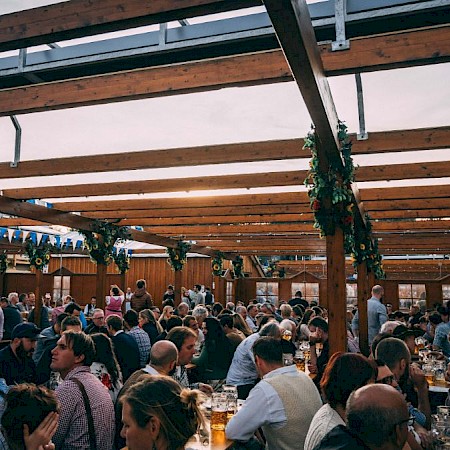 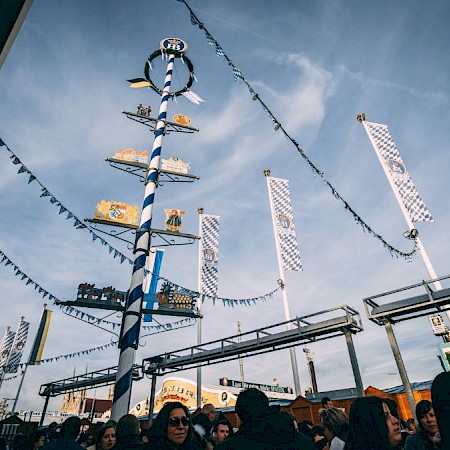 The music: the party tent

The Hofbräu tent is the epicenter of the Wiesn party. In no other tent on the Wiesn does the atmosphere get cooking every evening the way it does here! In the standing area directly in front of the music stage, guests from all over the world celebrate and sing along loudly to English-language hits and pop songs, which the band "Kapelle Alois Altmann und seine Isarspatzen" perform.

The menu: traditional with an affordable lunch menu

In the Hofbräu tent you will find everything culinary about the Wiesn: roast chicken and pork knuckle, but also the original Dampfnudel yeast dumplings by the “Münchner Freiheit” café. Salad plates and meatless dishes are also on the menu. There are also offerings for children and daily lunch offers, which are among the cheapest in the Wiesn.

For backseat drivers: Aloisius and the Bavarian Government

The Bavarian state government has its seats - probably to be close to Aloisius and his divine advice - in the Hofbräu tent. However, as is well known, the latter tends to get bogged down and, quite soberly, it is because the Hofbräu brewery belongs to the Bavarian state.

In the past, the Aloisius figure in the tent sky was regularly pelted with bras, which Wiesn visitors got rid of if they got too warm - several times per Wiesn, the good guy had to be freed from other people's textiles! But these times are long gone, the Wiesn has become much more demure.