The timber frame house on Esperantoplatz

Everything has an end, except the party at the Bratwurst. That’s why the small tent fills up relatively early — but there is often still a nice little spot to be found in the beer garden.

The tent on Esperantoplatz has already been at the Wiesn once before, 100 years ago: It was built by Simon Bäumler, the landlord of the famous Nuremberg Bratwurstglöckl by the Munich Frauenkirche. In 2000, his descendent, Michi Beck, the former landlord of the “Bratwurstglöckl am Dom”, had it reconstructed. In 2007, Werner Hochreiter, landlord of the beer garden and "Hochreiter's Steirer am Markt" at the Viktualienmarkt, took over the conspicuous timber frame house and called it “Zur Bratwurst”.

The audience: young people and party-goers

It is cozy in the "Bratwurst", but the changing bands provide typical Wiesn-Gaudi from noon to 11 p.m. - like the "Isar Rider", the "Monaco Buam" or the "Hinterberger Musikanten" as atmosphere guarantors in the afternoon and "Ois Easy" or the "Wuidara Pistols" until late in the evening. The audience starts from 30 years and is not averse to a boisterous party.

The menu: Augustiner from the wooden barrel

What’s special: “Zur Bratwurst” serves the popular Augustiner beer, meaning the Oktoberfest beer flows from the authentic 200-liter wooden barrels into the pint glasses. To eat, you can find the famous bratwurst from beechwood fire and other Wiesn classics, such as ham hock as well as vegetarian and vegan dishes. 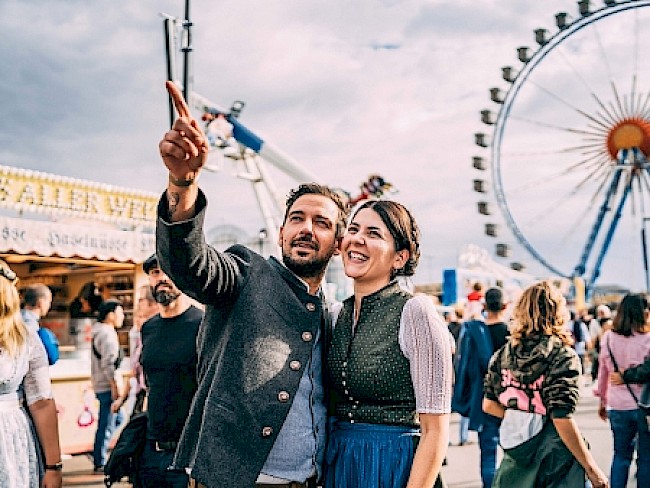