Fischer Vroni fishes fresh fishes – this is where you can find the famous “fish on a stick.” Otherwise, the tent makes a rather quiet first impression – but don’t let that fool you.

The traditional Steckerlfisch “fish on a stick” is the Oktoberfest highlight of the famous Fischer-Vroni. The specialties are prepared in front of the Wiesn guests on an open grill with a total length of around 15 meters. And there’s Augustiner beer from wooden barrels. An insider tip: Visit on the second Wiesn Monday. It’s when the Fischer-Vroni is bursting at the seams, as the Bavarian LGBTQ scene mixes with the otherwise rather familiar Fischer-Vroni audience. It gets difficult to get another seat without a table reservation. Every year, one of the best party days on the Wiesn.

The history: there really was a Fischer-Vroni once!

Josef Pravida, the host, first built the half-timbered house with half-hipped roof and stork’s nest in 1904, but back then he called it “Fischerhütte zum Holländer” (Fisherman’s Hut to the Dutchman). Karl Winter, owner and founder of “Fisch Winter KG,” took over fish sales on the Wiesn after World War II. Fischer-Vroni has remained a family business to this day. The founder’s grandson, Hans Stadtmüller, is the host of the Fischer-Vroni, which took its name from the founder’s wife. In her time, Philippine Winter was known in Munich and the surrounding area as Fischer-Vroni. The tent moved to Wirtsbudenstraße for fire safety reasons in 1998, where it still stands today.

Bavarian tradition meets Munich scene. If you go to the Fischer-Vroni, you will appreciate excellent food in a relaxed atmosphere. Precisely because the Fischer-Vroni is the festival tent for the more cozy audience and families, the LGBTQ scene has chosen this setting as the atmosphere for their meet-up. This tradition goes back to the late gay owner of the bar “Prosecco,” who reserved tables for his guests every year. Word got around fast. This date has since become a no-brainer, so you have to show up on time if you want to join in on the fun. 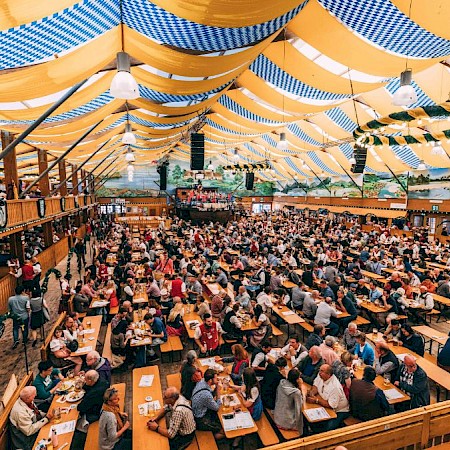 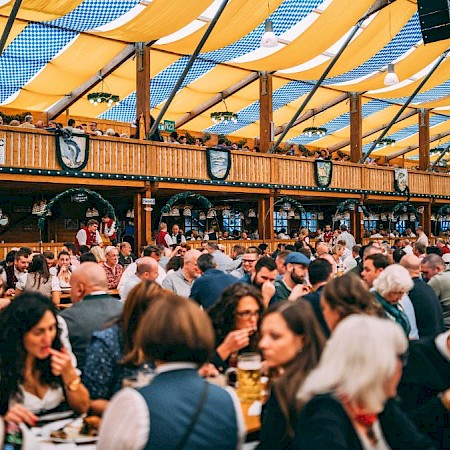 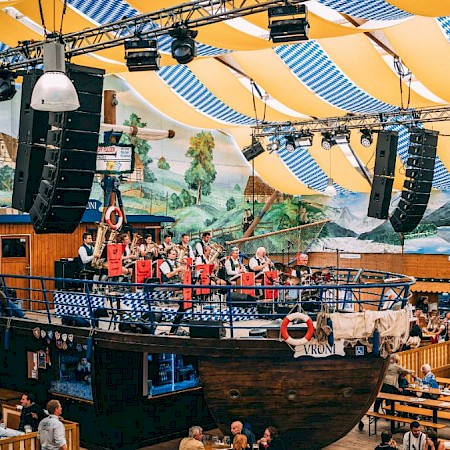 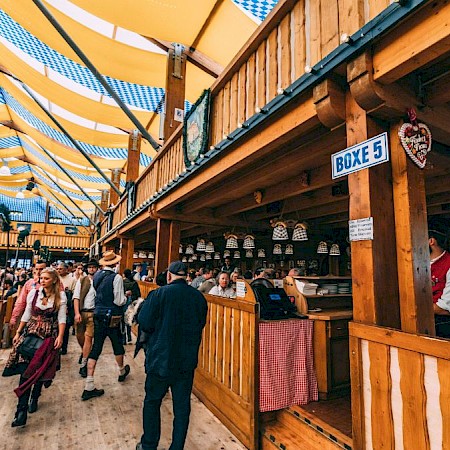 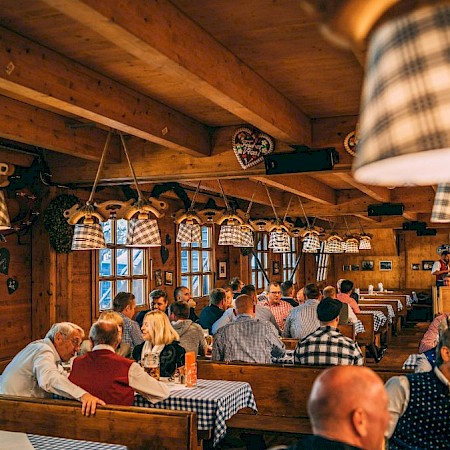 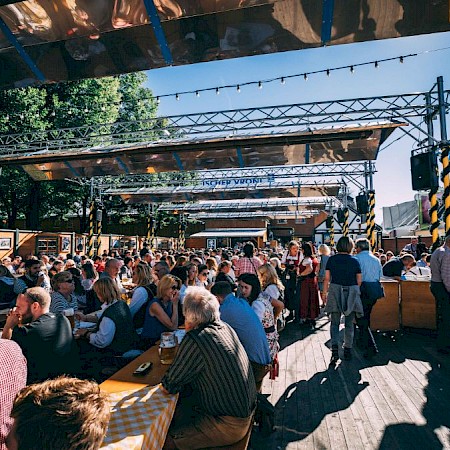 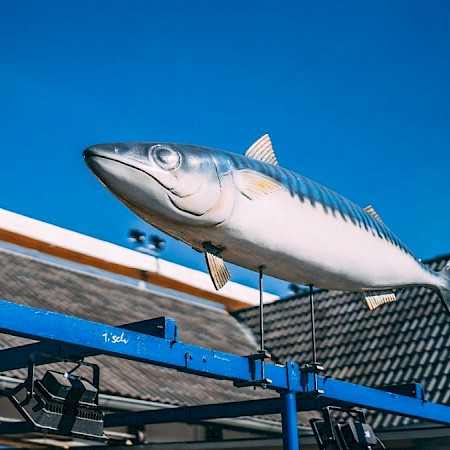 The music: Wiesn originals play on

The brass band leader is old hand Sepp Folger, and his troupe of Munich musicians have been providing the afternoon atmosphere in the Fischer-Vroni for 30 years.

The menu: fish on a stick and more

Next to the stork’s nest on the roof, the meter-long street of grills on the south side of the tent is the figurehead of the Fischer-Vroni. There mackerel, whitefish, trout, char, and more are prepared as fragrant “Steckerlfisch” (grilled fish on a stick). In addition, as is the tradition at the Augustiner brewery on the Wiesn, the beer is served in wooden barrels. There are also daily changing lunch dishes and, as a special delicacy, organic roast chicken is on the menu next to roast pork. Children’s dishes are available to choose from for children up to age 12.

For backseat drivers: men in dirndls

Is it all fish or what? The answer: no. Bavarian meat dishes are also on the menu, and Fischer-Vroni traditionally serves Bavarian veal sausage breakfast until noon. What’s quirky about it: On the last Wiesn evening, the very last beer is served in swapped roles - the women march in lederhosen and the men wear dirndls. By the way: Hans Stadtmüller, the founder’s grandson, can be found the rest of the year in his inn “Jagdschlössl” at Rotkreuzplatz in Neuhausen.