A place of celebration and curiosity

A place of celebration and curiosity

The focus here is on the young folk music scene: The musicians are imaginative, funny, intercultural, cheeky, and sometimes rebellious. The excellent Hacker-Pschorr festival beer from traditional stoneware pitchers also provides for a lively atmosphere.

The Herzkasperl-Festzelt stands on the Oide Wiesn. It was first established in 2010, when this “Wiesn wie anno dazumal” (Wiesn Like the Old Days) was held as an anniversary event for the 200th year of the Oktoberfest. Since then, the music and cultural program has been the focus here. Host Josef “Beppi” Bachmaier is no stranger in Munich. He’s been running the Fraunhofer in the Glockenbach district since 1974. A theater is attached to this special inn, in which laypeople, semi-professionals or professionals, musicians, actors, cabaret performers, and other artists perform. This open concept can also be found in the Herzkasperl tent.

The history: on the Oide Wiesn since the beginning

The 200th anniversary of the Munich Oktoberfest was celebrated in 2010. This occasion saw the first “Oide Wiesn,” i.e. the old Wiesn. What was intended to be an anniversary event was so well received by the people of Munich that the Oide Wiesn has now become a tradition itself, and Oktoberfest is hard to imagine without it. The Herzkasperl tent has been around since 2010. In cooperation with the Munich Department of Art and Culture, a special mixture of music, cabaret, theater, and literature was offered for the first time.

The audience: Munich locals and artists

The people of Munich love their Oide Wiesn, especially the Herzkasperl festival tent. This is because here, things are more low-key and comfortable than in the tents on the large festival grounds. Many artists also appreciate this, so it can be a good spot to discover a familiar face. Everyone is welcome – guests with questionable beer or chicken hats on their heads, however, are a rare sight. 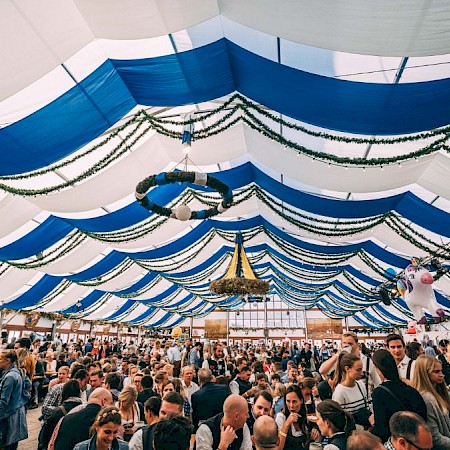 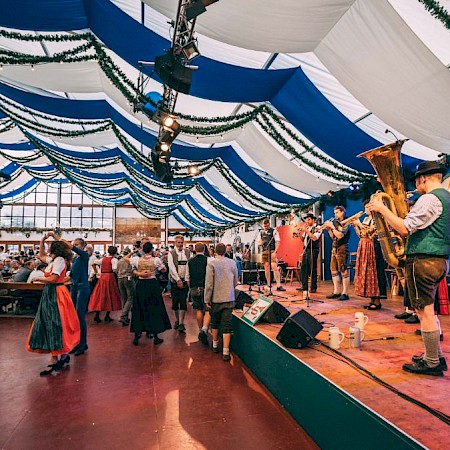 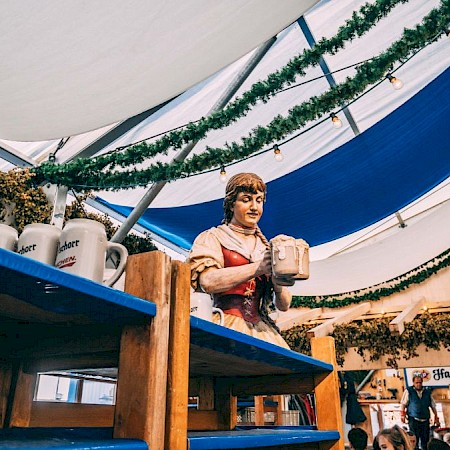 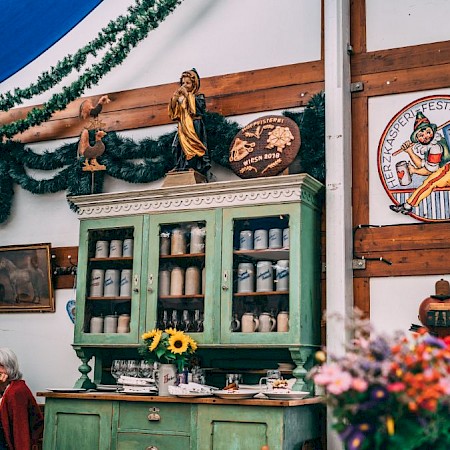 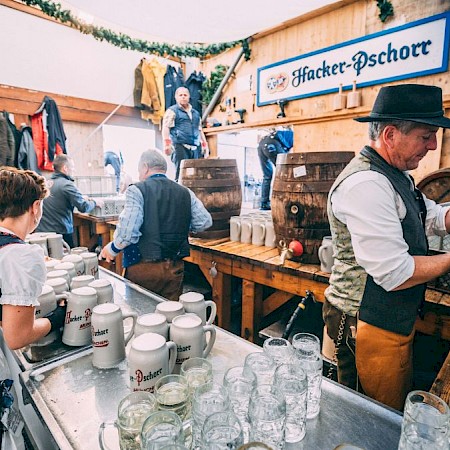 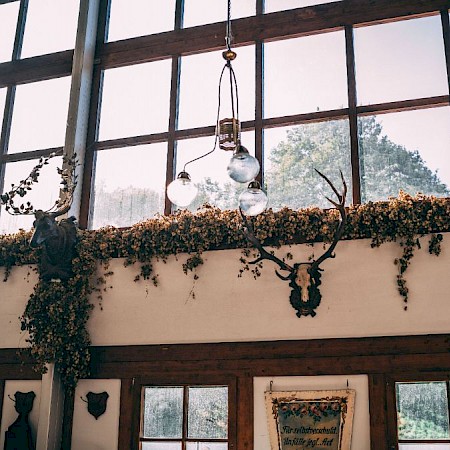 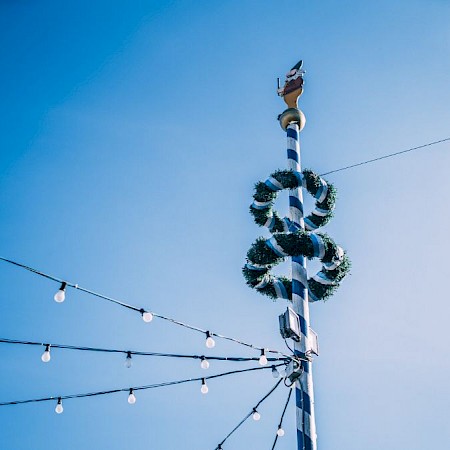 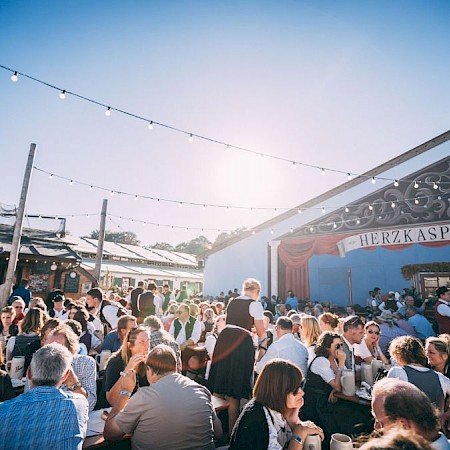 The music: with almost no speakers or amplifiers

In the Herzkasperl-Festzelt, no “one” band provides for the good ambiance. A varied program is on offer that’s open to everyone. The Herzkasperl tent sees itself as a “tent of musicians.” The stage, dance floor, and beer garden are open: Bands, singers and all other musicians are invited to play in the Herzkasperl. New and old folk music is played, only amplified when necessary. Here, they want to do without the use of loudspeakers and amplifiers as much as possible.

The menu in the Herzkasperl-Festzelt contains classic Wiesn dishes. In addition to the Wiesn roast chicken, there are traditional dishes of pork and beef. Meals for vegetarians and vegans are also available. Children get the classics of spätzle or dumplings with gravy, or alternatively, wiener sausages with mashed potatoes. The bar has Hacker-Pschorr Wiesn beer. And those not looking for beer will definitely find the right drink on the wine list.

With the tent name, Wiesn host Josef Bachmaier is honoring Munich actor Jörg Hube, who died in 2009. His most famous role was the Herzkasperl. In it, he was rebellious and direct - just like the man of Munich. The Herzkasperl embodies “the anarchic, the resistant, the stubborn, the rage for the bigshots.” Hube performed in Bachmaier’s “Fraunhofer” pub for many years.